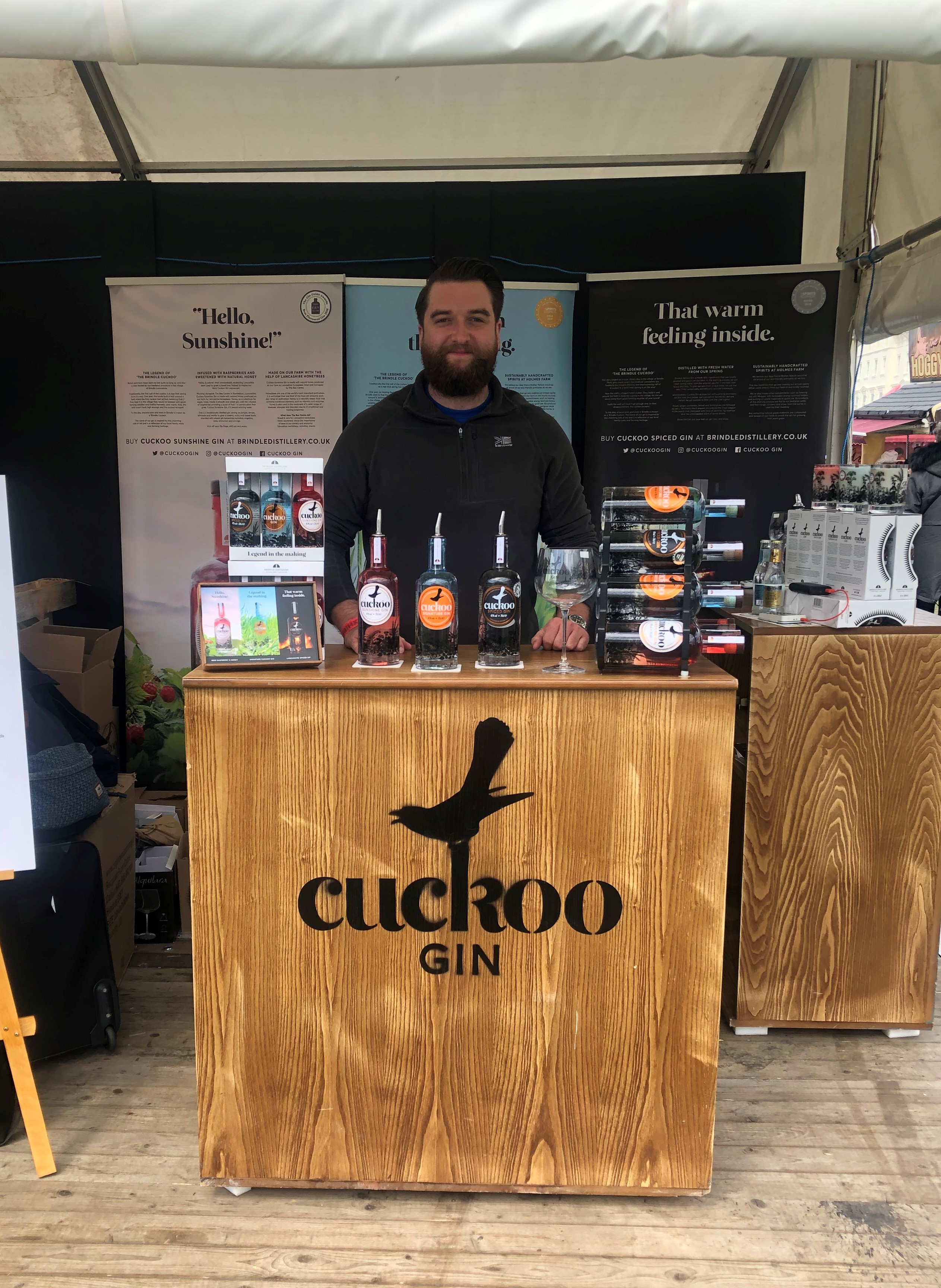 Hello there, righteous people of the North West (and beyond)..

How the devil are we? I’m back with some more ramblings after a busy month on the road and at some events in the North.

The beginning of May saw me and the boy William take the Cuckoo mobile as far south as she has been as we exhibited in Brighton for the first time. We were at the Foodies Festival for the weekend, right on the sea front on Hove Lawns, we were in paradise, until the rains set in! We battled the elements for 3 days, as our dulcet Lancashire tones charmed the legs of the Brighton folk, shifting Cuckoo like you wouldn’t believe! It is important for us to do these big events, showing we can battle against the big boys and even come out on top as well, which we are not scared of. It’s also important to get Cuckoo on peoples lips in new areas, the south coast is a long way from Brindle but now people of bottles of our gin in their homes, fantastic!

After a long journey back up North, with William and I keeping ourselves sane for 6 hours by belting out Roy Orbison and ABBA, it was time to stay local for a couple of weeks. I had two gin nights to host! Firstly being at Barrique in Lytham. A lovely venue in the centre of Lytham, serving up great wine, meats and cheese as well as Lancashire’s finest gin!

Secondly, I was invited to host a night at a bar in Wigan called Sherrington’s, which is one of my favourite venues which stock Cuckoo. An old hardware store, which was known locally as Sherrington’s many years ago, was renovated into this vibrant and modern watering hole. I had a great night and so did the punters, I love getting out and chatting about our wonderful farm produce!

Fast forward a week, I was back to where it all started for me, the 3rd Edition Gin Festival at Holmes Mill. My first event with Cuckoo was at the 2nd edition last year, how time flies! I’ve been to many places since starting with Cuckoo but it’s always nice to do things closer to home.

We are heading into a very busy June, we have several events over all weekends, the next one is the huge Junipalooza gin festival at Tobacco Docks in that London. Mark and I will be exhibiting here over two days. Here we will be launching our new Cask Aged Gins, hoping to gain some strong exposure in the capital.

You may have already seen but you can pre-order our Cask Aged Gins on our website now, only a limited number available for these so make sure you get in there quickly!

That’s pretty much all from me. Next time you hear from me will be after spending the week at Glastonbury! Not for work though, but I will still be spreading the good word Cuckoo to all the mad hatters there!