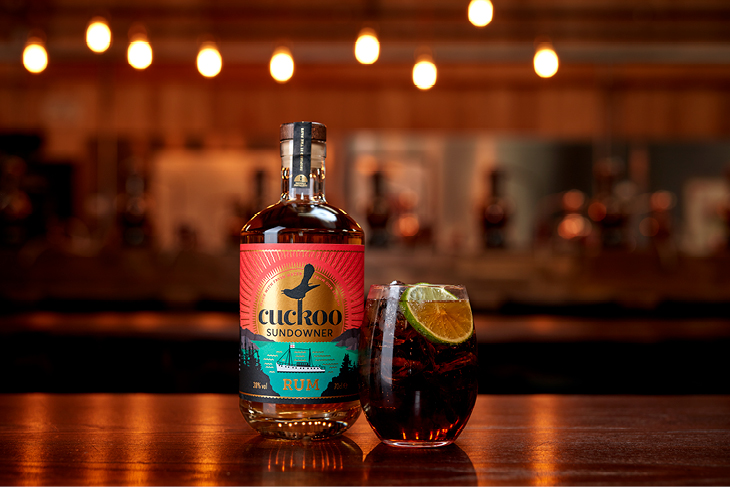 Method
Serve a double measure of Cuckoo Sundowner Rum over ice in a rocks glass. Squeeze over a generous wedge of fresh lime and add as a garnish. Mix with Fever-Tree Madagascan Cola. Drop the anchor, breathe in the fresh sea air, sit back and enjoy.

Cuckoo Sundowner Rum
Sundowner Rum is named after the boat owned by local hero, Charles Lightoller. As well as the highest-ranking naval officer to survive the Titanic disaster, by clinging to an overturned lifeboat, Charles was a war hero, sailing Sundowner across the channel to rescue soldiers from the beach at Dunkirk in World War Two. What a man! A true Lancashire hero. Raise a glass of Sundowner to ‘Lights’ as he was known. Rich notes of banana, vanilla and sugar cane are a nod back to rums routes in the Caribbean. Our honey and a little sarsaparilla give it that Lancashire edge.