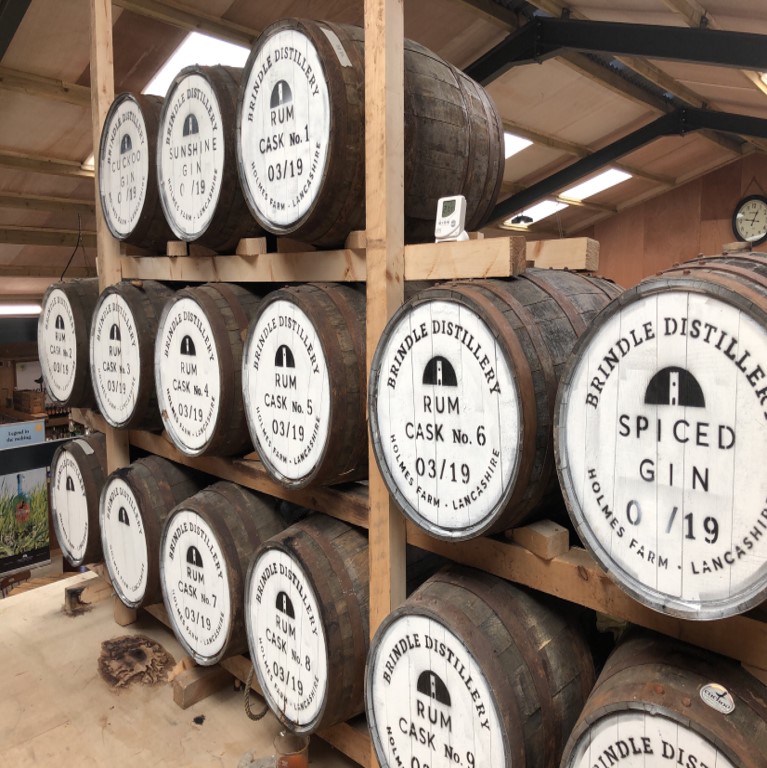 Brindle Distillery, the creators of international award-winning Cuckoo Gin, are excited to announce the launch of a Limited Edition range of gins to celebrate World Gin Day 2019.

Diversification has always been at the heart of Brindle Distillery, which has grown from it’s humble farm roots and is now starting to be recognised as something very special within the gin market. In what you would call a diversification of sorts, Brindle Distillery has aged each of their Cuckoo Gins (Signature, Spiced and Sunshine) for 60 days in ex-bourbon barrels, to produce limited edition batches for Cuckoo followers and curious gin fans to enjoy. The gins, which are produced at Holmes Farm in Brindle, are distilled, aged, rested, labelled and bottled on site, continuing to instill pride and provenance in their products.

After sourcing the barrels, Cuckoo’s Master Distiller, Mark Long, was keen to experiment with them after admittedly trying some ‘cracking’ cask aged gins on the market.

“The delicate and brief ageing process adds such a lovely extra dimension to the gins we produce. Our Signature Gin has gained more enhanced smoothness, whilst our Spiced Gin’s flavour has deepened through the smoky back notes of the oak barrel. Sunshine gin is sweet to start with, given the addition of honey, and this really comes to life with hints of vanilla from the barrel.”

The ex-bourbon barrels are also being put to further good use as the distillery are currently ageing their very own rum, made with the finest Lancashire Molasses and resting comfortably, although temporarily, within these barrels.

The Limited-Edition Cask Aged Cuckoo Gin range will launch at Junipalooza, which takes place at Tobacco Dock, London to celebrate World Gin Day 2019 on the 8th and 9th June.

The Gin will be available to purchase online on pre-sale from 30th May 2019 for delivery w/c 10th June and also sold at the Distillery itself from 10th June.

Method: Take a Carats mixing glass (or any large glass if you don’t have one of those) and half fill with ice. Add 25ml each of Cuckoo Signature Cask Aged, red vermouth and Campari. Mix for approx. 10-15 seconds. Double strain into rocks glass filled with ice and add orange peel for garnish.

Method: Take a carats mixing glass (or any large glass if you don’t have one of those) and half fill with ice. Add 50ml Cuckoo Spiced Cask Aged, one tea spoon of Demerara sugar and 3 dashes of orange bitters. Stir for 20 seconds clockwise and a further 20 seconds anti-clockwise. Double strain into rocks glass filled with ice and add orange peel for garnish.