FREE SHIPPING WHEN YOU SPEND OVER £50

With family roots in Brindle, Charles Herbert Lightoller, was the most senior surviving officer of the Titanic disaster. Following his heroic efforts that night, he went on to become a decorated naval war hero. Our rum is named after Charles’ private boat, Sundowner, a revamped steamboat in which he enjoyed family trips around Europe. he boat made the history books during WW2, when Lightoller bravely sailed her across the channel to assist in the evacuation of Dunkirk. Under heavy enemy fire, Lightoller expertly navigated Sundowner home, saving the lives of 130 British soldiers, despite the boat having an official capacity of just 21.

Keeping with our tradition of making proper spirits, Cuckoo Sundowner Rum is made using a cracking combination of our home made Lancashire white rum, expertly blended with South American white rum. The best of both worlds! Aged for over six months in ex-bourbon whiskey barrels, our rum is then lightly infused with vanilla, cinnamon, clove, ginger and natural honey. The honey we use is made on our farm by our very own Lancashire honeybees who collect their nectar from the beautiful wildflower fields that surround our distillery building.

Serve a double measure of Cuckoo Sundowner Rum over ice in a rocks glass. Squeeze over a generous wedge of fresh lime and then add it as a garnish. Mix with a premium cola or ginger beer. Drop the anchor, breathe in the fresh sea air, sit back and enjoy.

Delivery to UK mainland only. 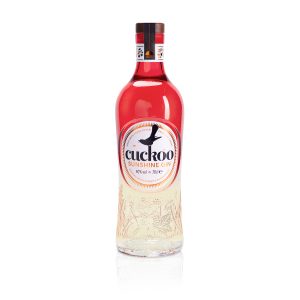 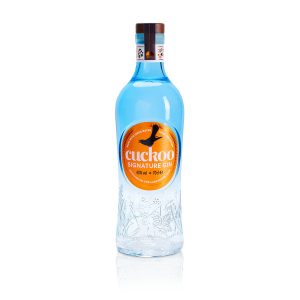