Why does it always rain on me? 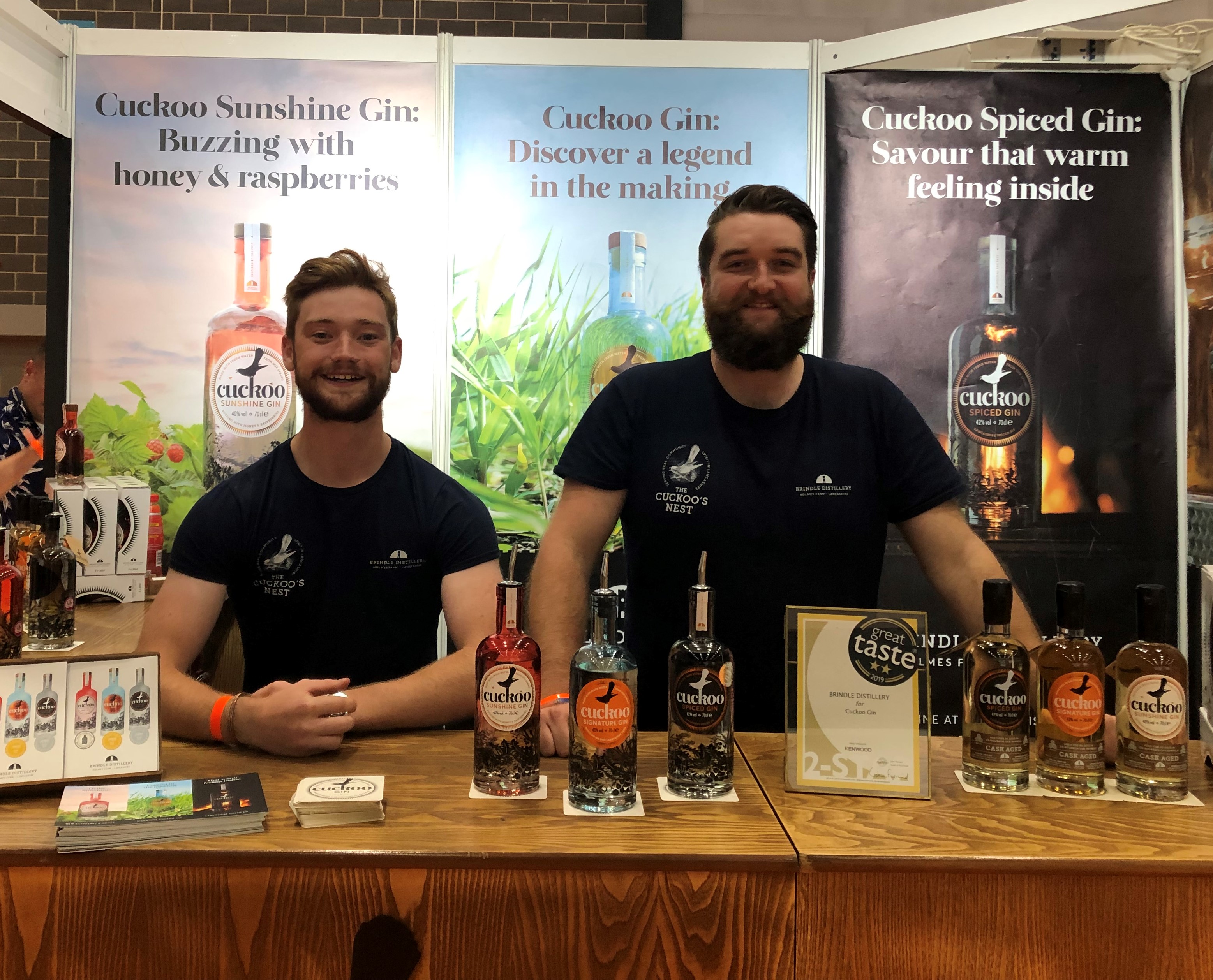 It’s been a while, 2 months actually! We have been really busy with events in the summer so loads to tell you about! Lot’s of exciting things coming up as well which I will also fill you in on too! So sit back, relax, crack open a Cuckoo Gin on tonic and drink it all in!

Where to start? Well, lets go with where we have been in the months you haven’t heard from us. We kicked off our late summer shows right here in Lancashire, with the annual Lancashire Show up at Ribchester. In true Lancashire fashion, this weekend was of course a wet and windy one! It was nice to be close to home though, we saw a lot of friends and the support was as high as ever for our gins!

We then ventured further afield as we took part in The Game Fair in Hertfordshire. Now when i arrived at the fair, it was the hottest day on record, an unbearable FORTY that’s 4-0 DEGREES CELSIUS and it had to be the worst set up I’ve ever had to take part in. There was no where to hide from the heat! We shouldn’t complain as we all know how rare it is for us to get stunning weather in this country BUT I draw the line at 40 degrees, tone it down a touch you know what I mean? Alas, my complaints were heard as the heavens opened and gave us another wet outdoor show! Me and William were staying in a tepee as well, so I’ll let you decide how fun that was for us! Back up north Mark was at the ever wet Chorley Flower Show. First day with New Jack and the second day with Mel. First day was great, we love the support we receive in our local town and it could be seen in abundance! Second day, true to Chorley, was a wash out! The new van was stacked full of mud by the end!

Back down south, Mark and I were at the Telegraph Gin Experience again at the prestigious Hurlingham Club in West London. We loved this event last year, the venue is stunning and the food even more so. However this year, no BBQ? are they mad? Two Lancashire lads in London for a few days and nay BBQ? Having said this, the souvlaki mon did pull through with some exceptional scran, so I must doff my cap to him.

Back up north, we were at Clitheroe Food Festival for the third year running and this year just as successful. Despite the torrential rain (there’s a theme occurring here) the good people of the Ribble Valley were out in force and we were shifting gin like hot cakes!

Another local festival, the Rivington Music Festival, where New Jack, David & Adrianna represented Cuckoo. A much more youthful line up fortunately for the attendees! The drive up there wasn’t so youthful, that road has seen better days put it that way!

We then headed back to London for the Speciality Fine Food Fair. Trade shows are always a weird thing to be honest. Quite often you will speak to someone who is a gem and the result is you get a big win or a new listing. Then you will get someone else on the stand pretending to be interested who then proceeds to try and sell you their product when you have paid a lot more to be there! But, most of the time we do well from trade shows and it’s important for us to have a presence in London.

We are back up north again and back to one of our favourite shows, the Gin to my Tonic Show. This time we were in Liverpool, where we experienced our first GTMT show last year. We coincided this with a bar takeover night at one of the listings we got from last years visit, Panam Bar on the Albert Docks. We had a great night with our fellow exhibitors and very thankful for the support from Joe and the team at Panam. If you find yourselves in Liverpool for the day make sure you head to Panam, its a terrific venue and they know their gins!

Lastly, next destination was Manchester and the newly anticipated opening of the Mayfield Depot. A former train station opposite Piccadilly, it is now being used to host events and shows. We were invited to take part in Gin Fever, one of the few we haven’t done before. It was a great show, lots of support in Manchester for us and we sold out of Sunshine! On a personal note, loved being back in my old stomping ground for the weekend too.

So what is coming up? Loads! Hopefully you have all seen our charity night that is taking place on the 28th September. Tickets for this event are now sold out but you can still purchase raffle tickets in the distillery and on our website! We are really looking forward to raising plenty of money for Jo’s Trust Cervical Cancer charity.

Finally, we have our Cuckoo Solace Gin launching on the charity night. There will be a percentage going to Jo’s Trust for every bottle sold thereafter. Last but not least, our rum will be launching on the 1st October so keep an eye on the website on social media platforms on where you can get your bottle! How exciting!

Until next time, take care of each other!